Only a week remains of Autumn skiing in Tignes as the ski area officially opens next weekend. We haven’t seen as much snow as last year, but this past week has had me grinning like a Cheshire cat. He’re a couple of photos taken last Wednesday by Abra-Ski-Ania on a camera phone: 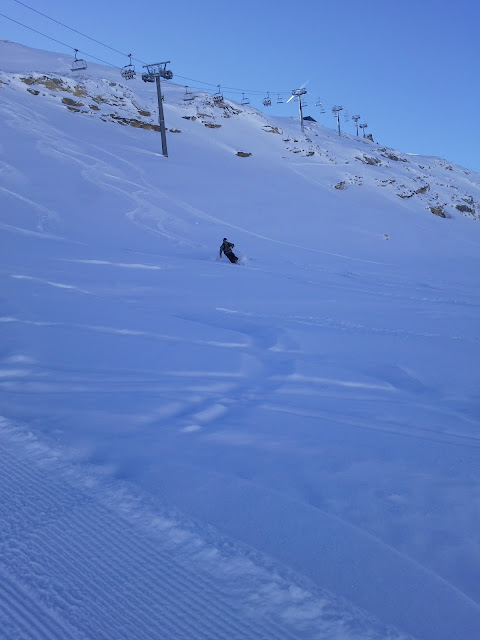 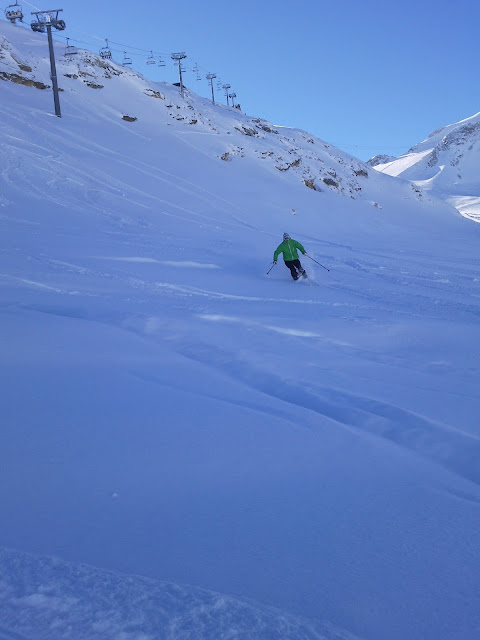 Skiing with New Gen Tignes Antony (second shot), we managed to lap the Vanoise chair time and time again, picking more novel routes through the rocks and finding fresh tracks everytime. Days like this are few and far between, and quite a treat for the third week in November.

There’s more snow forecast for the next few days, and with the cold temperatures at the moment, the snow cannons should be pumping out plenty of artificial stuff at resort level in preparation for the opening of the Espace Killy next weekend.

Switch to our mobile site